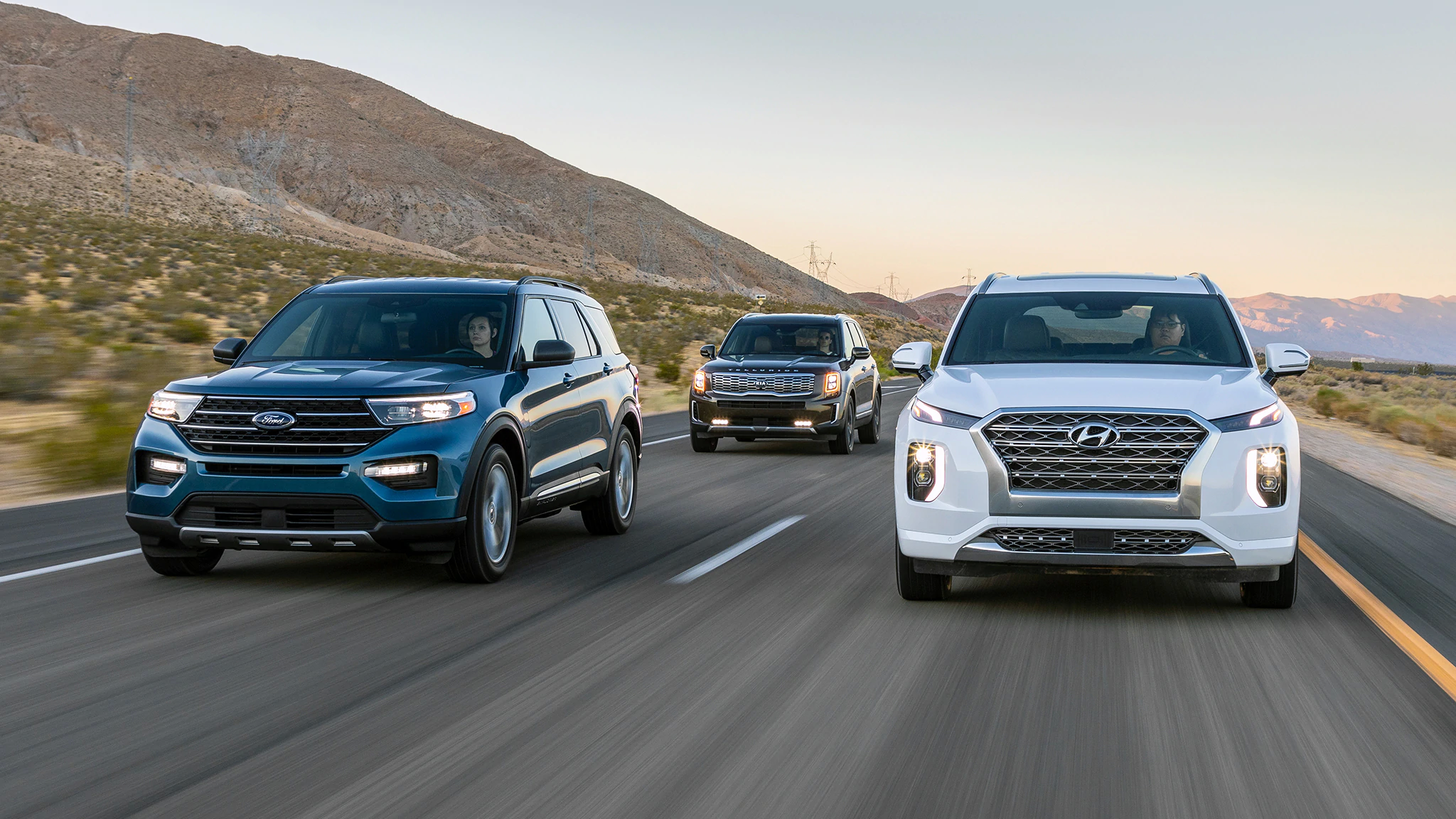 The Verdict
After an exhausting evaluation, it was pretty clear to us that one SUV of the three best balanced driving performance and enjoyment with room for the family and feel-good touches that all would appreciate.

Despite our general agreement that the 2020 Ford Explorer is pretty great to drive, it's far from the best balanced of the three SUVs. It has a lot going for it; in a class full of sleepy crossovers, the Explorer is powerful, efficient, and relatively fun to drive. It's roomy and comfortable, too, provided you don't need to use the third row. That being said, the value proposition simply isn't there—especially compared with the other two contenders. The Explorer's interior is a recipe for buyer's remorse, particularly considering how much further your dollar goes with the other two. The Explorer puts up a valiant fight but still finds itself in third place.

Second place, then, goes to the Hyundai Palisade. We love the Palisade's interior; not only is it remarkably roomy, but the attention to detail in both design and quality result in a properly luxurious cabin that shames any Cadillac cabin (and most Lexus and Acura interiors, too) from the past decade. Still, although we don't mind spending time in the Palisade's passenger seats, we wouldn't go out of our way to drive the Hyundai. Its flinty ride, sometimes ponderous handling, and lack of torque make it less enjoyable to drive; as some of its rivals have shown, big three-row SUVs don't need to drive like it.


That leaves first place to the Kia Telluride. The Telluride makes few compromises. From behind the wheel, it makes up for its lack in oomph with good ride quality and engaging handling, and those in back will love its second-row comfort. All, ultimately, will enjoy the exceptionally well-appointed cabin, quality, and most important, value, that the Kia brings to the table. So next time you look over in traffic and see a Kia Telluride, save the sympathy—there's no need to feel bad.
You must log in or register to reply here.
Share: Facebook Twitter Google+ Reddit Pinterest Tumblr WhatsApp Email Link